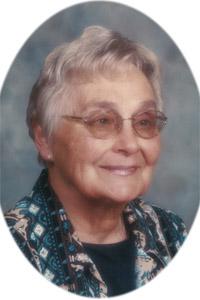 MRS. CUNEGUNDA “GUNDA” FORESTELL, beloved wife of Mr. Michael Forestell of Lethbridge, passed away peacefully at home on Sunday, January 26, 2014 after a lengthy illness at the age of 89 years. She left this world surrounded by love with her beloved husband Michael and most of her family at her bedside. Mom was born on March 3, 1924 in Viscount, Saskatchewan. She was one of nine children raised on the family homestead. She leaves behind her husband of 63 years, Michael and seven children: Paul of Vulcan, Clair (Elaine) of Lethbridge, Brian (Pablo) of Didsbury, Patricia Siray (Brian) of Millarville, Mary Jane (Katryn) of Vancouver, Michele Coddington (Matt) of Sonoma and Sean (Isabelle) of San Francisco. She also leaves behind numerous grandchildren and great grandchildren who all fondly remember Grandma’s kitchen and especially her Oma buns. As a young woman, her adventurous spirit took her to Lake Louise and then to New York City. She then met “her Michael” at the family farm. They were married in Saskatoon and had a wonderful married life for 63 years and were a shining example to us all. After initially living in Saskatoon, they moved to London, Ontario. Then in 1958 they moved to Lethbridge and have resided here since. Mom always felt her first calling was as “a child of God”. Her second calling was devotion to her husband, family and home. She was well loved and will be missed by all who crossed her earthly journey. We will all remember her gentleness, her humble nature, her joy and especially her great devotion to our Blessed Mother Mary. A Prayer Service will be held at CORNERSTONE FUNERAL HOME, 2800 Mayor Magrath Drive South, Lethbridge, AB, on Thursday, January 30th, 2014 at 7:00 P.M. Funeral Mass will be Celebrated at ST. MARTHA’S CATHOLIC CHURCH, on Friday, January 31, 2014 at 11:00 A.M. with Father Nathan Siray Celebrant (Gunda’s Grandson). Cremation to Follow. In lieu of flowers, donations may be made in her name to the Sisters of the Precious Blood, 2715 Erlton Street S.W., Calgary, AB, T2S 2W4