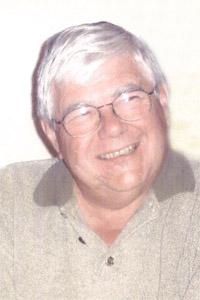 1943 – 2014
John Terrence (Terry) Huzil, beloved husband of Shirley Huzil of Lethbridge, passed away at the Chinook Regional Hospital on January 25, at the age of 70, surrounded by love, peace and warmth. Terry was born to Mary Elizabeth and John Huzil on July 20, 1943 in the town of Vegreville. Terry had a deep passion for hunting at a young age. He was also a natural story teller and loved to reminisce about hunting trips with his beloved dog Pug and his time spent at Seattle University. His strength, intelligence, and integrity naturally led him to a career in law. Terry graduated from Queen`s University in 1969, but his heart and love for the prairies brought him back to Alberta to establish a successful 35 year legal practice and loving family in the city of Lethbridge. Terry will be dearly missed by son John Torin (Tara) Huzil, twin daughters Jennifer (Riley) Ellis- Toddington and Tanis (Joshua) Sevrens, their mother Barbara Huzil, stepchildren Barb (Ernie) Coffey and Sean (Corinne) Coffey, and 11 grandchildren (Ellery, Blythe, Hayden, Owen, Reid, Wyatt, Jake, Lilia, Drake, and Jordan). He is also survived by brother Ken (Dodie) Huzil, nephew Jason (Amy) Huzil, and nieces Keely (Ryan) Archer, Jaci Huzil, and Amanda (Darcy) Vanderham. Terry will be remembered for his charismatic presence, hearty laugh, pride and tender heart. “We will carry you in our hearts. Love you more!“ The funeral service will be held at Cornerstone Funeral Home on January 30th at 11:00 am, with reception to follow. In lieu of flowers, memorial donations may be made to the Canadian Breast Cancer Foundation (www.cbcf.org).

Leave a Condolence for Debra Lachuk