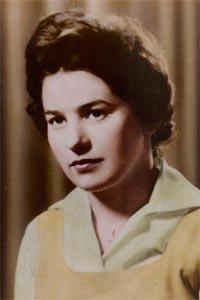 HELEN SHASKIN, beloved wife of departed Stephen Shaskin, passed away in her home in Vancouver, BC, on Tuesday, January 21, 2014, after a brief illness and with family at her side. Helen was born on February 7, 1937 in Elenovka, Ukraine. Her parents Juhym and Ahaphia Ponomar, and her five siblings, became refugees in 1944 and immigrated to Magrath, Alberta, in 1949. She was an award-winning student and graduated from high school in 1956. Shortly after, she married Stephen Shaskin and they raised their four children in Lethbridge, enjoying 45 years of marriage. For the past 10 years Helen resided in Vancouver surrounded by loving family. Helen will be remembered for her love of family and friends, and her gracious kindness and optimism in the face of life’s challenges. She always had many friends and her Vancouver years were filled with the joy of an active social life at church and at the Kerrisdale Community Centre with acting, dancing, painting and creative writing. A trip to Paris, France, with her daughters was among her highlights of the recent past years. She will be deeply missed by her children; Rana, Chris, Diane and Gina, and her grandchildren; Rachel and Nicholas Shaskin, and Alexandre Craft. She also leaves behind her sisters Sasha Mirkovich and Mary Sereda. Those wishing to pay their respects may do so at the CHRISTENSEN SALMON GENERATIONS FUNERAL HOME, 703-13th St. N., on Thursday, January 30, 2014 from 7:00 to 8:00 pm, or prior to the Funeral Service at the WEST STAKE CENTRE from 10:00 to 10:40 am on Friday, January 31, 2014. The Funeral Service will be held at The Church of Jesus Christ of Latter-day Saints, WEST STAKE CENTRE, 560 Highlands Blvd. W. Lethbridge on Friday January 31, 2014 at 11:00 am, with President Richard Lowe, Presiding. Interment to follow at Mountain View Cemetery, Lethbridge, AB. In lieu of flowers, those who wish may donate to the Canadian Red Cross Society, 335 Columbia Blvd W., Lethbridge, AB T1K 5Y8.