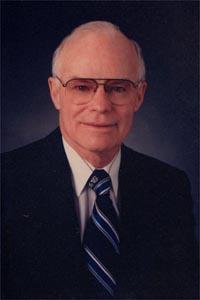 Malcolm “Mac” Duncan MacDonald, of Lethbridge, AB passed away at St. Michael’s Palliative Care Unit on January 24, 2014 at the age of 86 years, following a lengthy and hard fought battle with cancer. Mac is survived by his beloved wife of 64 years, Jane MacDonald; his three children Susan McIntosh (Tom) of Coaldale, Sandra MacDonald (Filip Krotki) of Calgary, Bruce MacDonald of Lethbridge; four grandchildren Andrew MacDonald, Devon MacDonald, Mark McIntosh, Keith McIntosh; great-grandson Matyx MacDonald; siblings Norris MacDonald (Evelyn), Angus MacDonald (Audrey), Nelson MacDonald (Aileen), MJ Samuelson (Ken) and Kathy MacDonald; brother-in-law Bill Owens. He was predeceased by his son Brian MacDonald, older sister Florence Owens, parents Margaret and Neil MacDonald. Mac, the third child of Neil and Margaret MacDonald, was born in Kimberley, BC on May 23, 1927 but spent most of his childhood in Calgary, AB. Mac attended the University of Alberta where he received a Bachelor of Science Degree in Agriculture. It was during this time while working at a summer job in BC that he met Jane Elizabeth Moore. They were married in Victoria, BC on November 4, 1949. Upon graduating, Mac began his career as a research scientist for the Canadian Government. He took a leave to pursue a doctorate in Genetics in Agriculture at the University of Minnesota. Dr. Mac returned to his career at the Agriculture Canada Research Centre in Lethbridge in 1956 where he worked in crop science, primarily with wheat and corn. He successfully developed new varieties of corn capable of reaching maturity in Alberta’s shorter growing season. Mac retired in 1988, after 38 years of service, but continued his work with corn for a number of years later. Mac participated in sports of all types — football (coach and referee), curling, tennis, badminton, hockey and golf. He organized and participated in countless bonspiels and also earned his private pilot license and flew both airplanes and gliders. Mac was also keenly interested in entomology. Above all, Mac was a loving and generous man who was always willing to help out. He was a humble man who never complained and loved a good laugh. We lost a great one. A Celebration of Mac’s life will be held from 5:30 P.M. to 9:30 P.M., with a Ceremony beginning at 6:00 P.M., on Saturday, February 8, 2014 at the VIEWING GALLERY, GALT MUSEUM, 502-1st St. S., Lethbridge, AB. Memorial Donations may be made in Mac’s memory to the Canadian Cancer Society, 317-10th St. S., Lethbridge, AB, T1J 2M7 or www.cancer.ca.