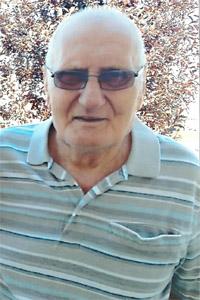 1932 ~ 2014
Mr. Leo Wingerter of Lethbridge, formerly of Claresholm, went to be with his Savior on Saturday, January 25, 2014 at the age of 81 years. Leo was born in Bracken, Saskatchewan on April 26, 1932. He reached grade 10 in high school but had to leave school to help with the farming. He continued on to receive his carpentry certificate from SAIT in 1958. Leo was married to Dolores (nee Sincennes) on August 15, 1956; they were married for 57 years. Leo worked as a carpenter for various builders for over 20 years. He formed his own company, Kalypso Homes in 1976 and specialized in custom built homes. He applied for a position with the Care Center in Claresholm in 1979 and moved with Dolores where they lived for the next 32 years. He retired in 1993 but kept busy by doing odd carpentry jobs around town and was a locksmith. Leo was always active in the church belonging to the Knights of Columbus and enjoyed calling bingo or making pancakes and sausage and was known for his delicious chicken soup. He was also actively involved in and a member of the Claresholm Golf Club and the curling club. Leo is survived by his wife, the love of his life, his rock, Dolores; his children Les (Val), Doris (Mike), Linda (Tony) and Gerald (Pauline); his grandchildren Christie (Roman), Sharla (Sean), David, Ryan (Aileen), Dan, Joe (Deanndra), Shaun (Ali) and Lenee (David); and 5 great-grandchildren. He is also survived by his 2 brothers and 3 sisters Mike (Josephine), Joe, Celine, Margaret (Carl) and Mary; as well as other family and friends. Leo was predeceased by his mother and father, Anne and Valentine Wingerter; his brothers-in-law Albert Preboy and Leonard Schmidt and sister-in-law Rosemary Wingerter. A Prayer Vigil will be held at 7:00pm on Sunday, February 2, 2014 at MARTIN BROTHERS RIVERVIEW CHAPEL, 610 4th Street South, Lethbridge, AB. A Funeral Mass will be celebrated at 10:00am on Monday, February 3, 2014 at OUR LADY OF THE ASSUMPTION CATHOLIC CHURCH, 2219 14 Ave South, Lethbridge, AB with Father Kevin Tumback, celebrant. In lieu of flowers, memorial donations may be given to the Alzheimer’s Society of Alberta, 10531 Kingsway Avenue, Edmonton, AB T5H 4K1. Send condolences at www.mbfunerals.com.

No Condolences for “WINGERTER Leo”