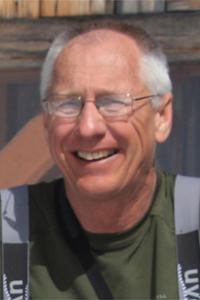 1954 ~ 2014
Jim Harker of Lethbridge, beloved husband of Karen Harker passed away peacefully on Wednesday, February 12 at the age of 59 years. Jim was mostly raised in the McNally district southeast of Lethbridge, attending nearby McNally School and then Kate Andrews High School in Coaldale. He started to work in the road construction industry in his early teens and quickly found his career path. Jim and his family started McNally Contractors in 1976 and together they worked to build the business into what it is today. Jim loved to build things, from entire subdivisions to roads to asphalt plants. He was an entrepreneur, and above all, a mentor and coach to many. Jim felt incredible pride in helping other people succeed. Castle Mountain had a special place in Jim’s life. Jim and Karen started skiing there in the early 80’s, and passed their passion for skiing on to Leslie, Jeff, and Karly. Jim was one of several shareholders who worked together to transition the operation of the resort from the MD to the shareholders in the mid-90’s, and he was on the Castle Mountain Board of Directors for 14 years. He helped to build ski runs and both the blue and red chair lifts. Jim was fully engaged for many years in the success of Castle Mountain because of the positive impact it had on his and other families. Jim’s life was centered around his family and his work. He was incredibly proud of his children, their adventures and accomplishments. When he spoke of his family, he often called himself the luckiest man in the world. We have great memories of enjoying the outdoors together, including hiking, skiing, kayaking, and just playing. We will always find Jim’s spirit, love of life, and love of a job well done with his family, on job sites around Southern Alberta and on his favourite ski runs at Castle. Besides his loving wife, Jim is survived by his son, Jeff, and two daughters, Leslie (Matt Hanlon), and Karly; his mother, Verda Harker; his sister, Susan Tanner (Scott), and two brothers, David Harker (Carol-Lynn) of Lethbridge and Bill Harker (Dereka); as well as his nieces and nephews who were also very special to him. Jim was predeceased by his father, Garth Harker, one year ago in February 2013. A Come and Go Reception to celebrate Jim’s life will be held from 3:30pm-6:00pm on Friday, February 21, 2014 at the Coast Hotel, 526 Mayor Magrath Drive South, Lethbridge. Flowers are gratefully declined. In Jim’s memory, our family is planning to participate in the Enbridge Ride to Conquer Cancer in Calgary on August 9-10, 2014. Donations towards our fundraising goal for “Team Jim” would be greatly appreciated. All the money raised by the Enbridge Ride to Conquer Cancer directly benefits cancer patients and their families in communities throughout the province. More information will be available at the reception service. http://www.conquercancer.ca/. Send condolences at www.mbfunerals.com.

One Condolence for “HARKER Jim”