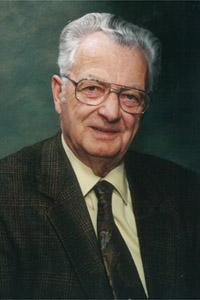 ROY FLOYD NELSON, beloved husband of Carol Nelson, passed away in Lethbridge on Tuesday, February 18th, 2014 at the age of 90 years. Roy is survived by his sons Dan, Ed, Rod (Shirley), Bill, Gerry (Heather) and Carol’s children Dan (Carol), Barb (Mark) and Ken (Wendy). He is also survived by numerous grandchildren, great-grandchildren, nieces and nephews. He was predeceased by his first wife, Mildred Nelson, parents Leo & Gladys Nelson, sister Elda Mueller (Ken) and Nephew Dickie. Roy was raised on a family farm near Wrentham, AB, where he farmed until the age of 79. Roy retired on the farm and he and Carol enjoyed living there until due to his failing health, they moved to Lethbridge, AB. Visitation for family and friends will be held at CORNERSTONE FUNERAL HOME, 2800 Mayor Magrath Drive South, Lethbridge on Friday, February 21st from 6:00 P.M. to 8:00 P.M. A Funeral Service will be held at CORNERSTONE FUNERAL HOME on Saturday, February 22, 2014 at 11:00 A.M. with Reverend Bob Wallace officiating. Interment to follow at Mountain View Cemetery. In lieu of flowers, memorial donations may be made to the Children’s Wish Foundation, 271, 339 – 50 Avenue S.E., Calgary, AB, T2G 2B3 or The Kidney Foundation, 400, 740 – 4 Avenue South, Lethbridge, AB, T1J 0N9