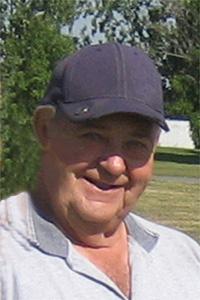 JERRY NOLAN ZUBACH (Jiggs) was born November 16, 1950 and passed away peacefully on February 22, 2014 at the age of 63 years at his home in Cardston. Jerry was born in Cardston, Alberta to Stephan Allen and Sylvia Rosalind Zubach. He grew up in Cardston and as a young adult worked on a ranch, but, he preferred road construction and worked in that field for the major portion of his life. At the time of his passing, he was employed by the County of Cardston. His weekends were spent golfing with his cousin, Dexter Knoblick, brother, Steve and friend, Carl Romeril. As a teen, he played hockey and then went on to coach hockey. He enjoyed his weekend coffee with his buddies. He was a believer in "early to bed and early to rise". He will be missed by his family and friends. Jerry was predeceased by his parents and a brother, Freddie George. He is survived by brothers, Nicholas (Agnes), Dennis (Jane), Steve (Barb), Peter (Valerie) and a sister, Robyn, as well as 5 nieces and 5 nephews. A Memorial Service will be held at the South Hill Chapel, Cardston, Alberta on Saturday, March 1st, 2014 at 11:00 a.m. Friends may meet the family at the Church on Saturday, March 1st from 10:00 to 10:45 a.m. prior to the Service. In lieu of flowers, donations may be made to the Heart and Stroke Foundation, or a charity of choice. E-mail your condolences to: legacyfh@telus.net.