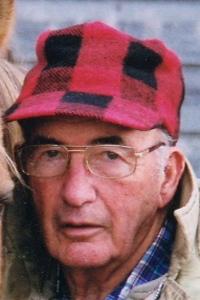 1927-2014
Ernest Edmond Brennan passed away peacefully, after a life well lived. Ernie was predeceased in 1997 by Inez, his wife of 40 years, as well as his brothers Pat, Lennie, and Gerald, and his brother in law Paul Hemmelgarn. He leaves behind Dwayne (wife Tammy, grandkids Shea, Meghan and Kieran), Coleen (husband Scott, grandkids Marita and Julilla), and Doug (wife Joy, grandkids Logan, Cameron, Jackson, and Carson). He is survived by his sisters Nora (Gene), Bernice, Shirley (Norman) and Mildred, and his sister-in-laws Rose, Francis, and Mary. Dad was born in Balmoral and spent his childhood on a farm outside of Stonewall, Manitoba. He became a teacher and taught at several schools in southern Manitoba, including Eden, where he met Inez. Following their marriage, Ernie worked for Parks Canada, first at Riding Mountain, in Manitoba, where their children were born, and then Waterton Lakes in Alberta where they raised their family. Ernie enjoyed an active outdoors lifestyle, hunting, fishing, hiking, snowmobiling, skiing and horseback riding. Anything to help Doug avoid housework! Ernie served on the hospital and school boards, and as a volunteer fire fighter and fire chief. Retiring from Parks Canada, Ernie and Inez moved to Pincher Creek, travelling with extended family and shuttling between grandkids. Dad bought and became devoted to his first two saddle horses – Red and Goldie. Following Inez’s passing, Dad’s desire for companionship was met through his special friendship with Grace Fitzpatrick. They rode horses along Waterton trails, danced at Twin Butte and at the Hillcrest Miner’s club, and travelled extensively to visit extended family. Dad and Grace enjoyed sampling menus in locally owned restaurants. Consistent with his demanding demeanor, Dad was satisfied with nothing less than a good “vanilla” ice cream to end the day. For the past 5 years Ernie enjoyed the comfort of his own home, benefiting from the care of Tess first and then Janice Lomitao, two sisters from the Philippines. When people weren’t visiting him at home, Tess and Janice took Ernie to coffee gatherings, Pincher Creek events, and activities within their Filipino community, including Karaoke. A celebration of Ernie’s life will take place in early May. Flowers are gratefully declined. Donations may be made to the Pincher Creek Hospital, P.O. Box 2554, Picher Creek, AB T0K 1W0 or a charity of your choice. If so desired condolences may be offered at www.edensfuneralhome.com.