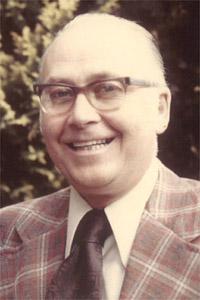 ROBERT “BOB” PETER CLIFFORD, beloved husband of the late Pauline Clifford of Lethbridge, passed away at the Chinook Regional Hospital at 6:40 p.m. on Saturday, March 1, 2014 at the age of 88 years. He is the loving father of: daughter Dianne (Charles) Faist of Burlington, Ontario, children Samantha (Paul) Dowdall, Graham (Sarah) Yaxley, son Douglas (Carol) Clifford of Mississauga, Ontario, children Daniel (Krysta-Lee) Clifford, Lisa (Justin) Burton, Allen Clifford, son Brian Clifford of Warner, Alberta and son Brent (Julie) Clifford of Sherwood Park, Alberta, child Davis Clifford. He is also survived by great-grandchildren Siena, Austin and Tealyn. He was predeceased by his parents Emamarion & Daniel Clifford as well as brothers Gene & Dale Clifford. Bob was born and raised in Shaunavon, Saskatchewan and moved to Climax, Saskatchewan as a teenager. He attended Notre Dame School in 1943, playing hockey for the Notre Dame Hounds. He joined the Army in 1944 and trained as a paratrooper in 1945. Bob was discharged in 1946 and met the love of his life shortly after in 1947. Together they spent time in Regina, giving birth to their first child/daughter Dianne and moved to Moose Jaw in the early 1950’s where three boys blessed their household. In 1964, The Clifford family moved to Montreal to further Bob’s career with Robin Hood Multifoods. In 1977, Bob and Pauline along with their youngest son Brent, moved to Lethbridge, where an oppourtunity became available with Ellison Milling. Bob spent the next 15 years working there. In retirement, Bob was very involved with the catholic church as a member of the Knights of Columbus. He was also an avid volunteer at the Lethbridge Soup Kitchen. Bob loved fishing and was an avid Gardner, growing a variety of vegetables that he then donated to those in need (mainly the Lethbridge Soup Kitchen and the Food Bank). Bob always gave willingly of his time and resources to help those who were less fortunate than himself. He also gave to a number of associations that assisted children in third world countries around the world. Bob loved sports, but especially baseball & curling. Even through some of the tough times, Bob would persevere. you could often see him serving at the Soup Kitchen because he simply loved helping others. The phone conversations not only as a father but also as a friend will be dearly missed. Relatives and friends are invited to meet with the family at CORNERSTONE FUNERAL HOME, 2800 Mayor Magrath Drive South, Lethbridge to pay their respects on Thursday, March 6, 2014 between 6:30 and 8:30 P.M. A Funeral Mass will be Celebrated at the OUR LADY OF THE ASSUMPTION CATHOLIC CHURCH, 2405 – 12th Avenue South, Lethbridge on Friday, March 7, 2014 at 11:00 A.M. with Father Francis Tran, Celebrant. Interment to follow at Mountain View Cemetery. In memory of Bob, in lieu of flowers, donations may be made to the Lethbridge Soup Kitchen, 802 – 2A Avenue North, Lethbridge, Alberta, T1H 0C9