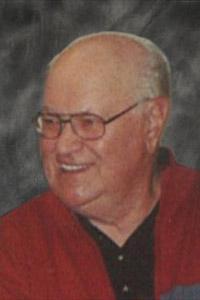 June 10th, 1934 – March 6, 2014
It is with profound sadness the family announces the passing of Horst Harry Torkel after a brief illness. He leaves to mourn his passing; his beloved wife of 56 years Anna (Nee Kutzner), sons Brian and Ralph Torkel, daughter Irene Torkel (David Finch-Field) and granddaughters Whitney and Desiree Torkel-Finchfield. As well as his sisters Linda (Walter) Hoffman and Ingrid (Charles) Hutton. He is predeceased by his parents Max and Meta Torkel, older sister Ursula and younger brother Klaus. Horst immigrated to Canada from Germany with his parents and siblings in 1953. He married the love of his life Anna and they chose to settle in the County of Lethbridge countryside, raising their family in the old White School. Horst, Anna and a number of special friends spent every spare moment and weekend renovating the old school into a home. It was a great source of pride. Horst worked 28 years at Mountain Minerals before retiring to spend more time with his family. He was always a family man. He lived a short distance from his parents and looked forward to holidays when he was able to celebrate with everyone. Horst was a social man who made friends easily. He was always willing to lend a hand to anyone in need. He loved his family, friends and country, celebrating Canada’s achievements this past Olympics. As per his request there will be no service. Cremation and a family gathering have taken place. The family ask in lieu of flowers, donations to the Heart & Stroke Foundation P.O. Box 2211 Lethbridge, Alberta T1J 4K7 or the Lung Association P.O. Box 4500, Station South Edmonton, Alberta, T6E 6K2 would be appreciated. The family requests a respectable period of privacy during mourning.

No Condolences for “TORKEL Horst”