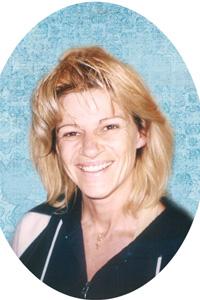 TERRY CLEMENTS, beloved wife of Tom Clements of Lethbridge, passed away at the Chinook Regional Hospital on Friday, March 14th, 2014 at the age of 54 years. Terry is predeceased by her mother Jolan, Dad John, brother Joey and son TJ. She is survived by her husband, Tom, children Tim Clements of Lethbridge, daughter Lacey Clements of Lethbridge as well as two grandchildren, Lucius & Syliss Reed, brothers John (Helga) Szalai, Alex (Donna) Szalai, Mickey Szalai, sisters Joanne (Les) Mulatz, Maria (Fern) Gervais all of Lethbridge and Cathy Hienzler of Hungary. Terry loved spending time with Nova and Genisis, her two dogs and her cat, Mrs. Muffy. She enjoyed travelling and especially her most recent vacation to Hawaii. Terry was a compassionate, thoughtful and honourable woman who loved her family and animal companions. She also had a wonderful personality, full of laughter and the joy of life and a unique sense of humor along with a quick wit. Terry’s life was a definition of true compassion and love and she was loved for her humor, respect and generous spirit. Terry & Tom owned and operated the Norbridge Village Market, loved spending time with the family together, became very active in body building and won competition medals and trophies. The love for her family and pets was the foundation of support for her entire family. A Service of Remembrance celebrating Terry’s life will be held at CORNERSTONE FUNERAL HOME, 2800 — Mayor Magrath Drive South, Lethbridge on Thursday, March 20th, 2014 at 1:00 P.M., with Reverend Glenda Wert officiating. In lieu of flowers, donations can be made to The Humane Society, 2920 – 16 Avenue North, Lethbridge, AB, T1H 5E9 or to the Lethbridge Animal Shelter, 2405 – 41 Street North, Lethbridge, AB, T1H 5W3

One Condolence for “CLEMENTS Terry”