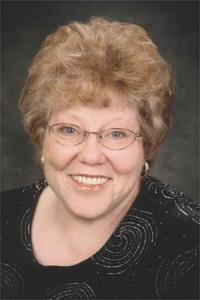 VICTORIA GAYLE OLBERG HUNSPERGER 1949~2014, of Glenwood and Cardston and beloved wife of the late Werner Hunsperger, passed away suddenly on Tuesday March 11th, 2014. Vickie was born in Vancouver, British Columbia on August 28th, 1949. She spent her youth moving around Northern Alberta and eventually moved to Southern Alberta where she put down her roots. Her joy in life was always her family and especially her grandchildren. When she wasn’t spending time with her family, she was busy serving others. Vickie will be greatly missed by all who knew her. The Funeral Service will be held at The Church of Jesus Christ of Latter-day Saints, Temple Street Chapel, Cardston, Alberta on Tuesday, March 18th, 2014 at 11:00 a.m. Friends may meet the family at the Church from 10:00 to 10:45 a.m. prior to the Service. Interment in the Cardston Cemetery. Email your condolences to: legacyfh@telus.net Arrangements entrusted to Berry Gorham.