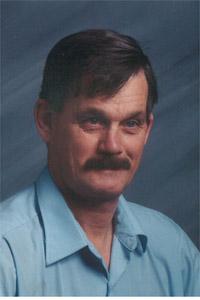 RICK PLUNKETT, beloved husband of Tracy of Lethbridge, passed away at the Chinook Regional Hospital on March 21, 2014 in Lethbridge, AB at the age of 65 years. He is survived by his children; Angela (Tony), Jamie and their mother Linda; Ricky (Norma), Amy (Todd), Jennifer (Nick) and their mother Lori; Amber, Ashley (Clayton), Christopher (Cassie) and his greatest loves, his grandchildren Caitlyn, Valkyrie, Little Girls, Faelen, Bad Egg, Chatter Box, Little Newf, Pooper, Newbie, Connor, Short Stuff, Stinker, Little Missy and Pumpkin. Rick is also lovingly remembered by his five siblings and their spouses, nieces, nephews and many extended families. He was predeceased by his parents Cecil and Simone and his brother Jerry. Rick worked hard all of his life. He started in the coal mines in northern Manitoba then moved to Edmonton where he joined and served on the Edmonton City Police Force till his retirement. He moved to Lethbridge where he enjoyed life with his children and most importantly, his grandchildren. Rick was a devoted family man and an avid sports fan. He was a people person and had many friends with whom he was always willing to help out. Friends were always welcome into his home. A Memorial Service will be held at CORNERSTONE FUNERAL HOME, 2800 Mayor Magrath Drive South, Lethbridge, Alberta on Friday, March 28th, 2014 At 10:00 A.M. In lieu of flowers, donations may be made in memory of Rick to the Jack Ady Cancer Centre, 960-19th St. South, Lethbridge, AB. T1J 1W5

No Condolences for “PLUNKETT Rick”