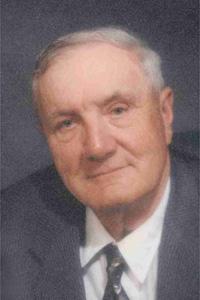 Bruno Alec Yagos, beloved husband of the late Bertha Yagos passed away at Vista Village on Saturday, April 5th, 2014 at the age of 91 years. Alec is survived by his two sons Bruno (Susan) Yagos of Cowley and Dan (Cindy) Yagos of Lethbridge and one daughter Betty (Henry) Dykstra of Pincher Creek. His grandsons John (Tara) Yagos of Lethbridge and Brian (Carrie) Yagos of Lundbreck. Grandaughters Erin Dykstra (Clay) of Calgary and Heather (Cory) Wiebe of Medicine Hat. Great grandchildren Tyler, Nic, Anthony, and Sarah Yagos and Olivia and Georgia Wiebe. Alec is also survived by his sister Mary Thibert of Pincher Creek plus numerous nephews and nieces. Alec was a wonderful father, grandfather and great grandfather and through his 91 years made many friends. He received life memberships with the Elks and Lions Clubs receiving the Lion’s Melvin Jones Award and as an original chartered member of the Elks he received his 50 year pin in 2012. He was an active member on the Hall Board for many years taking tickets or helping out where he could. Alec was also well known as “The Rope Maker” and in his later years donated many hours of his time making ropes for all ages at many different functions in the community. He will be greatly missed by all that knew him. A Prayer Service will be held at 7:00 P.M., on Wednesday, April 9, 2014 at St. Michaels Catholic Church, 958 Christie Avenue, Pincher Creek, AB, with Father Silvano Vargas, Celebrant. A Funeral Mass will be celebrated at 11:00 A.M., on Thursday, April 10, 2014 at St. Michaels Catholic Church, 958 Christie Avenue, Pincher Creek, AB, with Father Silvano Vargas, Celebrant. Memorial Donations may be made in Alec’s memory to a Charity of one’s choice.