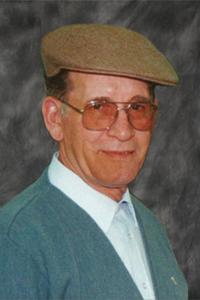 Dec. 24, 1928 – April 14, 2014
STEVE HNATIUK of Lethbridge, passed away peacefully in his sleep at St. Therese Villa nursing home. He is survived by his loving wife for 54 years Gloria and one son Tim (Lillian) Hnatiuk, two granddaughters Brittany and Kaylum who were the apples of his eyes. he is also survived by two daughters from a previous marriage and numerous other family members. He was predeceased by his parents Fred & Marie, along with his siblings Bill, Dorothy, half-sister Annie and two half-brothers Nick & John. Steve will be laid to rest with his parents in a private family service.