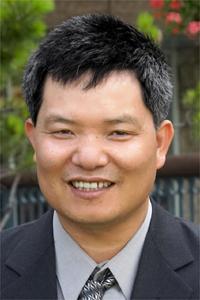 1963 ~ 2014
Quinn Ming Hall, 50 passed away peacefully on May 1, 2014 surrounded by family. Quinn is survived by his wife Karen, son Brandon, Brothers Ging (Fay), Ian (Janet), Guan (Becky) and Sister He Mao Ju (Chan Lui Gee) and several nieces and nephews. Quinn is predeceased in death by his parents Rong Nu, Jeng Nu; Uncle Ken Jang; Aunt Kam Ho Leang; sister in law Julie Hai Zhen; and Father in Law Harold Yee. He will be remembered by his friends and family. Family and friends are invited to pay their final respects from 6:00pm- 8:00pm on Thursday, May 8, 2014 at the MARTIN BROTHERS FUNERAL CHAPELS, 610-4th St. S., Lethbridge, AB. A Funeral service will be held at 1:00pm on Friday, May 9, 2014 at the MARTIN BROTHERS RIVERVIEW CHAPEL. Interment will follow in the Mountain View Cemetery. Send condolences at www.mbfunerals.com.

One Condolence for “HALL Quinn”