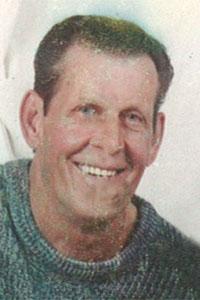 PAUL GORDON DAVIES, beloved husband of the late Darlene Davies of Lethbridge, AB., passed away at home on Sunday, May 11, 2014 at the age of 74 years. He is the loving father of Gordon (Roxane) Davies, Richard (Josee) Davies and Gary Davies and grandfather to Nicole, Tia and Kevin. Paul is also survived by his sister Alice Bordyniuk, his brother Terry (Jocelyn) Davies as well as his good friends Lou and Pat. He was predeceased by his parents Bob and Violet \”Vi\” Davies and siblings Alf, Bruce, Robert Davies and Margaret Harker. A private Family Graveside Service will be held at a later date. In memory of Paul and in lieu of flowers, donations may be made to the Canadian Cancer Society, 317-10th Street South, Lethbridge, AB, T1J 2M7

One Condolence for “DAVIES Paul”