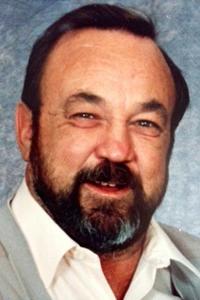 1939-2014
Jack’s awesome road trip through life ended on May 9, 2014. Jack ended his journey with brave dignity and humor supported by his family by his side. Jack was born in Lacombe on October 4, 1939 to Alex and Fern Ellis. Jack attended school in Lacombe and continued his schooling at SAIT where he studied construction technology. Jack was a proud Boy Scout. One of his fond memories was flying in a prop plane over Greenland on his way to the Diamond Jubilee in England. Jack’s \”Centennial Project\” (Jack’s words) was fulfilled when he married Linda in 1967. Jack was lucky; he went from living at home and being spoiled by his mother Fern to being waited on by Linda. Linda did so with humor and grace, most of the time! They raised three children: Terrah, (married to Don Lindsay, daughters Kianna and Kiera), Trudi (married to Adam Mason, sons Eli and Isaiah), and Tyler (married to Christine, son David). Jack worked with his dad at Ellis Construction and went on to start a new business, Parkland Permacrete on his own. Through his company he enjoyed sponsoring Midget and Juvenile hockey. Many of these players also found summer employment with him. Jack was a ferocious football player as a youth and a dedicated football fan. An avid Edmonton Eskimo fan, he held season tickets for many years. Jack loved Fords. His first big purchase of a classic car was a ’56 Lincoln Mark II which fulfilled a childhood dream. His car collecting bug grew from this point forward. He enjoyed many car meets with his friends and family. NASCAR was also a passion. Jack did NOT enjoy company on race day! Road trips and camping trips were what fed Jack’s soul. He covered all of Canada, the USA and a lot of Mexico with Linda and his kids. His \”ride\” improved over the years from a converted yellow school bus to a 38 ft. diesel pusher. Jack was active in Kinsmen, K-40, Rotary and Investment Club. He loved the fellowship of these groups and enjoyed the projects. He also enjoyed a rum or two, a game of poker and regular attendance at a local \”safety meeting\”. Semi-retirement saw Jack and Linda owning a motel in Fort Macleod, the DJ, fondly known as the \”Dumb Jack\” motel where Jack was the front man and laundry guru. Jack and Linda retired in 1999 and spent their time being amazed by new discoveries on the road. There were some bumps along the road caused by medical conditions that made Jack grouchy some days, but he geared down and carried on. He will be missed. His family finds comfort in these words, \”To live in hearts we leave behind is not to die\”. Jack wished that any memorial contributions be made in his memory to the Ellis Bluebird Farm (http://www.ellisbirdfarm.ca/): Box 5090, Lacombe, AB, T4L 1W7, or a charity of one’s choice. Family and friends are invited to join together to remember and celebrate Jack’s journey on Friday, May 16th at 2:00 pm at Wilson’s Funeral Chapel, 6120 Highway 2A, Lacombe. Happy Hour will follow. Expressions of sympathy may be made by visiting www.wilsonsfuneralchapel.ca. WILSON’S FUNERAL CHAPEL & CREMATORIUM of Lacombe and Rimbey in charge of the arrangements. 403-782-3366 403-843-3388. \”A Caring Family, Caring For Families\”.

One Condolence for “ELLIS Jack”