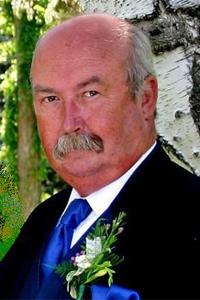 (December 17, 1947 — May 15, 2014)
It is with great sadness that the family of Terry Palmarchuk announces his passing on May 15, 2014 at the age of 66 years. A true fighter until the very end; overcoming all challenges for the sake of his family which were so dear to him. He is survived by his wife, Willie, and his children Pam (Ross) and Dean (Paula), and five grandchildren Evan, Mackenzie, Kahlan, Amanda, and Reed. He is also survived by his aunt, Rose Primachuk. Terry was born to Mary and Fred in Lethbridge on December 17, 1947. He graduated High School in 1965 and attended NAIT from 1972-74 completing Engineering Technology. Beginning his career as a surveyor with the Alberta Government, he then accepted a position with the City of Lethbridge where he worked 26 years until retiring in 2001. His contribution to the construction of many of our local roads is evident every day, displaying his keen knowledge of design, road engineering and longevity of infrastructure. He spent several years involved in Lethbridge Minor Hockey with Dean, managing and performing his much loved stats for the teams and meeting some of his dearest friends. Retirement suited him well, giving him much time for wood working, fishing, and gardening. Dad had a great love for the outdoors, particularly BC, spending many summers in Gray Creek with family. His most favorite spot was Radium Hot Springs where so many treasured family memories remain and will continue forever. He was also very proud of his Ukrainian heritage, particularly Sviata Vechera (Christmas Eve Supper) which we will continue as a family tradition. Unbeknownst to many, he had a great love for all his pets, especially Misty and Bentley. He also loved amateur photography. His greatest passion at home became gardening and growing heirloom tomatoes. The varieties were endless, and the grandkids enjoyed gardening lessons and fresh tomatoes every year. He was so proud of this organic produce, so surely to be missed by us all. His grand kids became his life line, such a great loss this is for all of them. He will be sorely missed by us all. The family would like to send their heartfelt thanks to the staff from units 3C and 5B for all their support and care during Dads time in the Lethbridge Regional Hospital. Dad your struggles and misery are over, and in your own words you said "Design your own destiny; Let no one take your dreams away". We will all do our best. At Terry\’s request a private family service will be held at CORNERSTONE FUNERAL HOME with Pastor Erin Phillips officiating. Interment will follow at Mountain View Cemetery.

Leave a Condolence for Johan Reinholtd