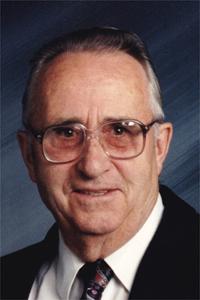 MELVIN BRUCE SEELY of Lethbridge, AB, beloved husband of Enid Leone Proctor Seely (deceased) passed away peacefully at the Chinook Regional Hospital on Friday, May 23, 2014, at the age of 88 years. He is the loving father of: Bruce and Melanie Seely of Spanish Fork, UT, Keith Seely of Lethbridge, AB, Wade and Karen Seely of Blackfoot, ID, and Alan and Lori Seely of Lethbridge, AB. He leaves behind13 Grandchildren, and 30 Great Grandchildren. Melvin is survived by his brother Vern (Kaye) Seely, brother-in-law Phil Proctor and brother- in- law Don Nilsson. Melvin was born in Stirling, AB on March 19, 1926 to Artie J Seely and Ovedia (Fawns) Seely the fourth of six children. He lived most of his life in Stirling up to the time he married except while he attended Calgary Technical School, graduating in 1948 in Agricultural Mechanics and a summer on his dad’s new farm in Orton. He married his eternal sweetheart on September 29, 1948 in the Cardston Alberta Temple. He and his wife lived in Lethbridge for most of their married life and raised four sons. He loved his family and enjoyed spending time with his children, grandchildren, and great-grandchildren. He also enjoyed his many opportunities to serve in the community and the LDS church including many years in Scouting. Friends may meet the family on Friday May 30, 2014 from 7:00 to 8:00 pm at CHRISTENSEN SALMON GENERATIONS FUNERAL HOME, 703 – 13 Street North, Lethbridge or from 10:00 to 10:45 am prior to the service at the church on Saturday. The Funeral Service will be held on Saturday, May 31, 2014 at 11:00 am at The Church of Jesus Christ of Latter Day Saints, LETHBRIDGE EAST STAKE CENTRE, 4105 Forestry Avenue South, Lethbridge. Interment to follow in the Stirling Cemeter.