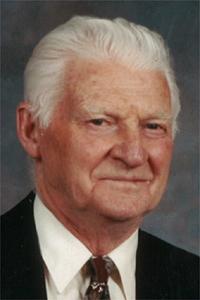 1931 ~ 2014
Robert (Bob) Gregory Reid was surrounded by family when he passed away peacefully at the age of 82 on May 31, 2014 at the St. Michael’s Palliative Care Centre. Bob is survived by his wife, Kay, of 58 years, children Myrna Reid of Lethbridge, Carla (Brad) Hemsing of Lethbridge, Colin (Dawn) Reid of Kelowna, Janet (Doug) Friebel of Lethbridge, Kelly Reid of Calgary, sister Jeanette Hale of Edmonton, 9 grandsons, and 5 great-grandchildren. Bob was predeceased by his sister Yvonne Torgerson. Bob was the second of three children born to Sarah and Bill Reid of Chin, Alberta. He was a hard-working, honest man who started working on the Cleve Ross farm north of Chin, Alberta when he was 16 years old. This is where he met Kay. After more than 30 years at the farm Bob and Kay moved the family to Lethbridge where he was employed at the Lethbridge Research Centre, first in the beef barn and then as supervisor in the dairy barn. After 22 years he retired in 1996. Following Bob’s retirement, he and Kay enjoyed gardening and volunteer work as well as trips with family to places like Mexico, Alaska and Moyie, B.C. He loved family gatherings such as patio fires and holiday dinners and was always up for a game of cribbage with his kids and grandkids. He was a caring and loving husband, father, and grandfather. Bob always kept a special place in his heart for the babies and toddlers in the family. It was second nature for him to go out of his way to help family, friends, and neighbours. He was the proudest of Canadians and flew the tallest flagpole in the neighbourhood. A Funeral Service will be held at 2:00 PM, on Thursday, June 5, 2014 at SOUTHMINSTER UNITED CHURCH, 1011-4th Ave. S., Lethbridge, AB with Reverend Aldeen McKay, Officiating. Interment to follow in Mountain View Cemetery. In lieu of flowers memorial donations may be made to the Canadian Cancer Society, 317-10th St. S., Lethbridge, AB T1J 2M7. Send condolences at www.mbfunerals.com.

One Condolence for “REID Robert”