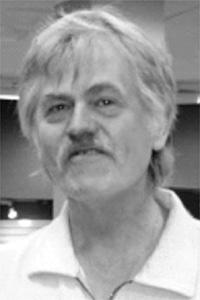 Clarence Peter Vos of Burnaby, BC passed away at the Royal Columbian Hospital in New Westminster, BC on May 27, 2014. He was survived by his wife and soul mate Myra Vos. Clarence is also survived by his son, Nathaniel Vos, and daughters Jacqueline (Zachariah) Harris, their expected first grandchild and Lindsay Vos. His surviving siblings are Georgina Vos, Jim (Marianne) Vos and Patty (Allyn) Vandervalk, as well as Myra’s children, son Lonnie (Kristen) Trelenberg, their children, Erica, Brock & Liam and Myra’s daughter Lisa (Andrew) Watson and their children Tyrell, Desire and Ryan. Clarence was predeceased by an infant daughter Christina Vos, his parents Gerhard and Hilda Vos, and his brother Arnold. Clarence was born in 1957 in Claresholm, AB. He went to school in Granum before graduating from High School in Claresholm. Clarence graduated from Calvin College in 1980 with a Bachelor of Arts Degree. After living in Red Deer, Lethbridge, and Grand Rapids, Michigan he settled and re-married in Burnaby, BC, where he resided until his death. At the time of his passing, he was employed by Heritage Office Furnishings as a project manager where he worked since 1997. Funeral services will be held at 2:00 P.M., on Wednesday, June 4th, 2014 at the Christian Reformed Church of Granum, located 8km East of Granum on Highway 519, with Pastor Henry Veldboom, Officiating. Donations in Clarence’s memory may be made to The Heart and Stroke Foundation of Alberta, P.O. Box 2211, Lethbridge, AB T1J 4K7