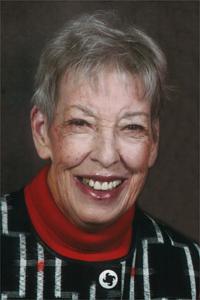 MRS. JEANETTE "JAY" LOUISE DOUGHTY, beloved wife of Mr. Douglas Doughty, of Lethbridge, AB, passed away at the St. Michael\’s Health Centre due to complications from Crest Syndrome on Tuesday, June 3rd, 2014 at the age of 67 years. Born on October 12, 1946 to Don and Mary Wagner in Toronto, ON, Jay moved first to Vancouver, then to Calgary and finally settled in Lethbridge in 1989. Jay was an avid golfer who achieved two holes-in-one during her playing "career". She loved organizing games nights with her family and friends, playing bridge in various clubs and was an active member of the Beta Sigma Phi Sorority. She worked for many years as a legal assistant at Maclachlan McNab Hembroff, retiring in 2011. Jay was a devoted member of Southminster United Church, sitting on various committees. Jay is survived by her beloved husband of 44 years, Douglas, her sons Michael and Paul (Kara) and her brothers Ron (Wanda), Bob and Gord (Susan), along with many nieces and nephews. A Celebration of Life will be held at SOUTHMINSTER UNITED CHURCH, 1011 – 4th Avenue South, Lethbridge, AB, on Saturday, June 28, 2014 at 2:00 P.M with Reverend Ruth Preston Schilk officiating. In lieu of flowers, memorial donations may be made to St. Michael’s Health Centre Palliative Unit, 1400 – 9th Avenue South, Lethbridge, AB, T1J 4V5.