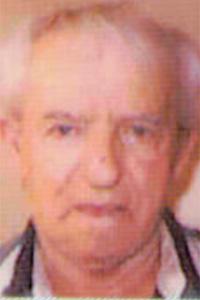 Friends and family of Theodor (Ted) Wenzl are sad to announce his sudden passing on June 3th, 2014. Ted passed away peacefully at Vista Village where he has resided for the past few years. Ted was born in St. Katherina, Czechoslovakia on September 5, 1933. He came to Canada in 1955. He spent many years on construction sites as a glass worker, where he lived and worked in Lethbridge and Calgary. He retired and settled at Pincher Station and enjoyed hunting and fishing. Ted loved the outdoors and spent a lot of time at Lake Kookanoosa in BC, fishing for Kokanee salmon. He also loved gardening and added a greenhouse onto his home, where he grew lots of vegetables that he liked to share with friends and neighbors. Ted has family in Germany; he is survived by two brothers and numerous nieces and nephews. He was predeceased by his parents Josef and Elisabeth Wenzl. Thank you to the staff at Vista Village for your kindness and compassion shown to Ted, during his time spent there. At Ted’s request there will be no funeral service — his wishes were to be cremated. He will be laid to rest at the Cowley Cemetery at a later date. Donations in Ted’s memory can be made to the Good Samaritans Society ~ Vista Village, P.O. Box 1510, Pincher Creek, AB T0K 1W0 or A Charity of your Choice