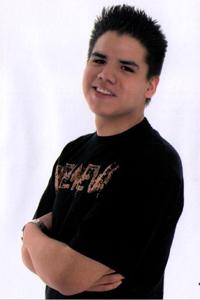 Feb. 21, 1992 – June 7, 2014
HAYDEN REEVES HEAVYSHIELDS, a young man full of life, passed away suddenly, surrounded by his family on June 7, 2014 at the Foothills Hospital in Calgary, Alberta. Hayden was an incredibly special son to his Mother, Susan HeavyShields. Hayden touched many lives and will leave many wonderful memories with those who knew him in his short 22 years. He will be remembered for his vitality, humor and gentle smile, and greatly missed by all who love him and had the privilege of knowing him. Hayden attended schools at Saipoyi Elementary, St. Francis Jr. High, and graduated from Catholic Central High School in 2010. Hayden was an athletic young man who participated in many sports, competing proudly for CCH Cougars in both basketball and football, travelling to many destinations. Hayden made friends wherever he was, and was generous with both friendship and hard work, volunteering for flood relief in High River, and most recently completing his boiler maker and welding apprentice training in Calgary. We will miss Hayden’s bright smile and kind nature, and he will forever remain in our hearts. Hayden will be missed deeply by his Mother, Susan HeavyShields and Dawn BlackWater. Uncle Tim HeavyShields, cousins Conrad, Katelyn and Marissa. Aunt Barbara Barons, cousins Hunter and Baron, Aunt Dee Dee Tailfeathers, cousins McCarthy and Dylan, and godparent Bev Tailfeathers. He will be lovingly remembered by the HeavyShields, Tailfeathers, Rabbit, Healy, Russell and Fox families, and many close friends, teammates, coaches and all the cousins who considered Hayden a brother. Mourning Hayden are two very special pet companions, ‘fur brothers’, Albert and Frankie. Hayden was predeceased by his Grandmother Mary ‘Lulu’ HeavyShields, Uncles Gordon (Okan) and Herman (Mousie) HeavyShields, Great Grandmother Adalaide HeavyShields and Great Grandfather Eddie HeavyShields. A Wake Service will be held at the Old Saipoyi Gym, Stand Off, Alberta on Friday, June 13th, from 6 p.m. – 11 p.m. The Funeral Mass will be held at St. Mary’s Catholic Church, Blood Reserve on Saturday, June 14th at 11:00 a.m. with Father Pawel Andrasz O.M.I. Interment in St. Catherine’s Cemetery.