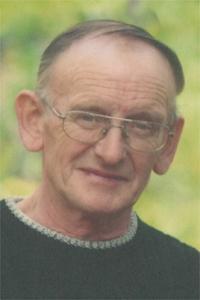 JOHN PATRICK MCCARTAN, beloved husband of the late Eileen McCartan, of Lethbridge, Alberta, passed away suddenly while at work in Fort Mackay, Alberta on Tuesday, June 10, 2014, at the age of 70 years. He is the loving father of Pauline (Bill) Wong of Calgary; Jacqueline (Bill) Swann of Lethbridge; and father-in-law to Mike Kawade of Lethbridge. He is also survived by his seven grandchildren — Jessica, Cian, Zachary, Nikolas, Chloe, Naithen and Chayne. He was predeceased by his loving wife, Eileen; daughter Diane Kawade, son John George McCartan, and his parents John and Bridget McCartan. John was born on September 22, 1943 in Glasgow Scotland, the youngest of five children born to John and Bridget McCartan. He went on to marry the love of his life, Eileen Thompson, on October 3, 1964. They went on to have three daughters and a son together. In September 1975, John immigrated to Canada, with his family following in December 1975, and after a short return to Scotland, lived and raised his family in Coaldale, Alberta, eventually moving to Lethbridge in 2010, where he resided until his passing. John’s skills as a millwright led him to a long career with Dresser Rand in Lethbridge, and after its closing, continued with various jobs up in Fort McMurray and area. John was a proud member of the Millwrights Machinery Erectors and Maintenance Union, Local 1460, Alberta. A Visitation will be held at CORNERSTONE FUNERAL HOME – 2800 Mayor Magrath Drive South, Lethbridge, AB. on Thursday, June 19th, 2014 from 7:00 – 8:00 P.M. A Funeral Service will be held at CORNERSTONE FUNERAL HOME, on Friday, June 20th, 2014 at 2:00 P.M. with Deacon Bill Young officiating. Interment to follow at Mountain View Cemetery.