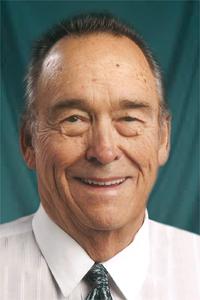 ROBERT MALCOLM MCNAUGHTON, beloved husband of Joan McNaughton of Lethbridge, passed away at St. Michaels Palliative Care on Wednesday, June 11, 2014 at the age of 81 years, surrounded by his loving family. Besides his loving wife Joan, he is lovingly remembered by three children, Eleanor (Wayne) Snyder of Sherwood Park, AB, Patricia McNaughton of Lethbridge and Heather (Ken) Nagy of Lethbridge. 10 Grandchildren, Sarah (Josh) Krikke, Katie (Aaron) Wong, Robbie (Mavis) Snyder, Rachel (Jon) Tomalty, Zach Snyder, Amanda Bodson, Charity (Danny) Diaconescu, Cuyler (Sarah) Dickie, Steve (Marnie) Nagy and Chris (Misty) Nagy and 20 great grandchildren. Robert is also survived by numerous nieces and nephews and their families. He was predeceased by his parents, one daughter Cathy Bilyk and three brothers Jim, Don and Ken McNaughton. Bob McNaughton was born in Sexsmith, AB on June 8, 1933 to Malcolm and Eleanor McNaughton. After high school he joined the Royal Canadian Navy and he was stationed at HMCS Stadacona, Halifax. He had many adventures, one of which was meeting his wife Joan Wright where she worked for the Department of National Defense. They married on September 26, 1956 and were soon blessed with four daughters Eleanor, Cathy, Pat and Heather. Bob had a rich and varied career in oil and gas, chemicals and mining with a brief stint as a realtor. He ended his career as a safety consultant for the oil and gas industry. The highlight was the time he and Joan spent in Indonesia, working out of Jakarta, in Borneo and Sumatra. The joy of Bob’s final years was being surrounded by his large family. He was very proud of all of them. The family would like to extend a thank you for the excellent care Bob received by both St. Michael’s Palliative Care along with previous care by Dr. J Van Straaten. A Funeral Service will be held at the EVANGELICAL FREE CHURCH – Hwy #4, Just east of the 43rd Street Intersection, on Monday, June 16, 2014 at 1:00 P.M. with Pastor Scott Currie officiating. Interment to follow at the Mountain View Cemetery. In lieu of flowers, memorial donations may be made to the St. Michael\’s Health Centre – Palliative Care Unit – 1400 9th Avenue South, Lethbridge, Alberta T1J 4V5 or a charity of your choice.