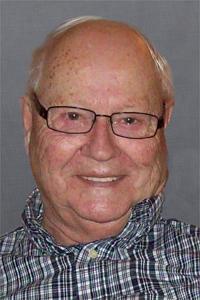 April 9, 1939 — June 14, 2014
PETER MILNE passed away into the arms of Jesus on June 14th, 2014. Peter was predeceased by his parents, George and Amy; three sisters, Nellie, Mary and Amy, and three brothers, Alex, Bill and Les. He is survived by his wife Carol, who loved him dearly; one daughter, Maureen of Lethbridge, who loved and admired him; one son, Dean (Adrianna) and grandchildren Tegan and Tristan of Medicine Hat, who loved him and cherished their time with him; four sisters, Teresa Leach, Betty (Murray) Leach, Helen Schappert and Hilda Milne. His love of life and people touched the lives of all those who knew him. He touched us all and our time with him was precious. Peter was a compassionate, thoughtful and honourable man who loved his family. His quiet courage, strength of spirit, creativity and sense of humour will be carried forward by those who knew and loved him. Peter was born in Canwood, Saskatchewan and lived there until he completed high school. From his youth to adulthood, Peter excelled at sports, particularly hockey and fastball; often playing on more than one team at a time. He began his banking career of 35 years in Prince Albert and was transferred to Calgary, where Peter met the love of his life, Carol. They were married on May 22, 1965 and were devoted to each other for 49 years. Peter’s job took them to various communities where they made many friends. After retiring from the bank, Peter and Carol had a second career owning and operating a car wash in Stettler, Alberta. After retiring in Lethbridge, Peter enjoyed many camping trips with friends and family, annual snowbird vacations to Palm Springs and spending quality time with his grandkids and kids. A service of remembrance will be held at CORNERSTONE FUNERAL HOME, 2800 — Mayor Magrath Drive South, Lethbridge on Thursday, June 19th, 2014 at 1:00 P.M. In memory of Peter, contributions may be made to those that Peter supported; the Gideons and/or Immanuel Christian High School.

One Condolence for “MILNE Peter”