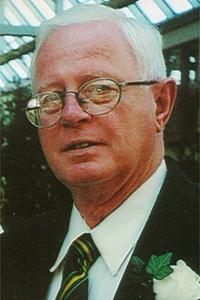 1941 ~ 2014
It is with deep sadness that we announce the passing of Miles on June 22, 2014 at the St. Michael\’s Health Centre. Miles was predeceased by his parents John & Edith Kneale, and his wife of 47 years, Jolene Kneale only eight months ago. Miles was born on January 21, 1941 in Shanghai, China and spent his early years living in Singapore, Australia & England before residing in Canada (Drumheller, Vermillion, Calgary, & Lethbridge). Miles and his Mother Edith were liberated from the Santo Tomas Japanese Internment Camp in the Philippines in 1945 after surviving nearly 4 years there. Both Miles and his Mother were awarded the Pacific Star for the time they were interned. Miles career path spanned many areas; Brewster Transport, Canadian Imperial Bank of Commerce, the insurance industry, he ran a distributorship for Safeguard Business Systems along with his wife Jolene, and finally working for the Corps of Commissionaires in Lethbridge. Miles spent twenty two years in the Canadian Armed Forces Reserves, Cadet Instructor Cadre. During this time, he worked with hundreds of young people who chose to join the Army Cadets. He retired from the Cadet Instructor Cadre as Captain with the Canadian Decoration and BAR. He then went on to be Provincial Treasurer of the Army Cadet League of Alberta for four years and was made a life member of the Army Cadet League of Canada. Miles was a loving husband, father, father-in-law, aggravating big brother, and prankster uncle. He was a kind, humorous and gentle man who will be greatly missed. He was a lifelong Calgary Flames and Calgary Stampeders fan and met his wife Jolene at a Stampeders game. Over the last several months, Miles obtained his lifelong dream of spending time on Vancouver Island. Miles is survived by his three children; David (Olive), Dianne (Bill), and Belinda (Mike); sister Jeanette (Jim) Jarvis of Annandale, Virginia, ; Grandchildren Robin and Nicholas Kneale; Grand-dogs Tess & Juneau Spiteri, three nephews, two nieces, lifelong friends Bob and Sue Waldenberger, Dennis & Jackie Bennett, and his beloved dog, Jack. The family wishes to thank the staff of the Nanaimo Regional Hospital, The Chinook Regional Hospital & St. Michael\’s Health Center for the care that Dad received. As per Miles wishes, a private family service was held, and then he will be reunited with Jolene. Send condolences at www.mbfunerals.com.