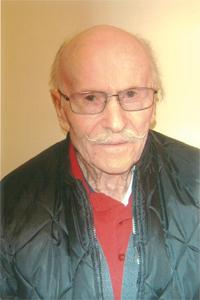 KEITH CALVIN SCHRADER, beloved husband of Yoshi Schrader of Lethbridge, passed away at the Chinook Regional Hospital on Saturday, July 5, 2014 at the age of 81 years. Besides his loving wife, he is survived by two sisters LaRayne Carroll of North Vancouver, BC and Marlene Johnson of Ontario, one brother Neil Schrader of Vancouver, BC, as well as numerous nieces and nephews, including one special niece Kimball Fletcher and her children of North Vancouver, BC. Keith is also survived by two children from a previous marriage. He was predeceased by his parents Lilah and John Schrader, one brother Owen and one son Russell. Keith was born August 31, 1932 in Rimbey, AB. He was raised and educated in Calgary. Keith enjoyed working in many places but spent over 40 years in the Yukon and part of those years as Housing Supervisor for the Yukon Government along the Alaska Highway, as well as a self employed contractor. Keith was easily recognizable by his handle bar moustache and his great sense of humor. He will be fondly remembered and sadly missed. A Celebration of Keith’s Life will be held at CORNERSTONE FUNERAL HOME, 2800 Mayor Magrath Drive South, Lethbridge, AB on Saturday, August 9, 2014 at 11:00 A.M. In memory of Keith memorial donations may be made to the Lethbridge Humane Society (SPCA), 2920–16 Avenue North, Lethbridge, Alberta, T1H 5E9.