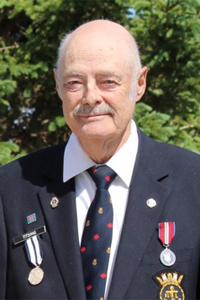 1942 ~ 2014
William (Bill) Berend Titsing of Lethbridge, beloved husband of Isabella Titsing, passed away suddenly on July 5, 2014 at the age of 72 years. William is predeceased by his father William, mother Irene and brother John. Bill is survived by his loving wife of 47 years Isabella (Suzy), sons Chad (Annette) Bill (Marcelle) and Cory (Mike). Bill adored his grandchildren Kourtney, Brooke and Billy and often said that if he knew how much fun grandchildren were, he would have had them first. Bill was born in Nobleford on the family farm. He will be forever remembered by his sisters Jean (Mel) Irwin, Linda (Dennis) DeBoer, his brother Joe and sister in law Colleen. As well as numerous nieces and nephews. Bill made many friends and was always willing to help people out whenever he could. Bill was a welder by trade and had an affinity to \”Mac Gyver\” a solution to keep irrigation machinery operating during hot summer months. After retiring from the irrigation industry he continued as an active volunteer with the Navy League of Canada and a variety of clubs at Winner\’s Bingo. Bill was very proud to have received the Diamond Jubilee medal and the Navy League of Canada Distinguished service award. Bill touched many lives, and his family welcomes you to celebrate his life with them. A Visitation will be held from 7:00pm to 9:00 pm on Thursday, July 10, 2014 at MARTIN BROTHERS RIVERVIEW CHAPEL, 610 – 4 Street South. A Funeral Service will be held at 11:00am on Friday, July 11, 2014 at MARTIN BROTHERS RIVERVIEW CHAPEL, 610 – 4 Street South. Interment will follow at Archmount Cemetery. Send condolences at www.mbfunerals.com