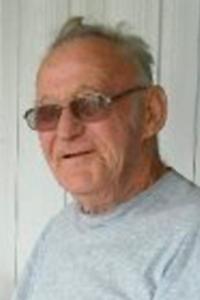 October 3, 1930 — July 14, 2014
Passed away peacefully, on Monday, July 14, 2014 at Chinook Regional Hospital at the age of 83. Beloved husband of Mary Camilla Toomer, (nee Aiken), loving father of Lillian (Trent) Ober of Readymade, Michael (Barbara) Demers of Lethbridge, Robert Toomer of Saskatoon and Glen (Karen) Toomer of Saskatoon. He was the proud grandfather of Jillian, David, Jessica, Amanda, Lindsay (Keith), Michael (Stacey), Tara (Nelson), proud great grand-father of 13 great grandchildren. He was predeceased by his wife Camilla, his parents Clarence and Florence, his brother Ted and his beloved Pooh Bear. Robert was born on October 3, 1930 in Chatham, Ontario. Robert was the eldest of three children. He had worked at J. Anderson Smith Company in Newcastle and Allen Cable Reel in Bowmanville. Robert met Camilla in Toronto and married in 1983, the same year they relocated to Alberta, where he worked for the Lethbridge Handi-Bus Association. Robert enjoyed the Blue Jays, spending time camping and golfing at Indian Hill Golf Club. A special thank you to the staff at Legacy Lodge and Chinook Regional Hospital for the great care they provided to Robert. In lieu of flowers, please make donations to The Alzheimer Society of Alberta and Northwest Territories, http://www.alzheimer.ab.ca/HowtoHelp/Donate.aspx, or a charity of your choice. Family and friends are invited to visit for a Celebration of Life at 1 pm on Saturday July 19, 2014 at the Ober Family residence: East on Jail Road all the way to the end (past Readymade), Left on the Range Road, Last house on the left side.