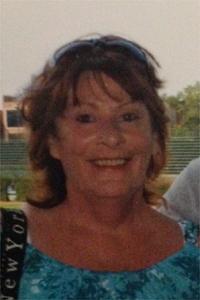 It is with profound sadness that the family of Sharon Mae Frizzley announces her passing, which occurred on Wednesday, July 16, 2014, at the age of 64. Sharon was born on March 11, 1950 in Treherne, Manitoba, where she was raised and attended school, eventually earning a clerical diploma from Red River College in Winnipeg. It was while residing in Manitoba that she gave birth to her five children, for whom she went on to sacrifice so much. In 1980 the family moved to Coaldale, Alberta. Sharon was instrumental in establishing ringette in Coaldale, and received a Government of Canada Celebration 88 medal in recognition of her community involvement. In her late thirties Sharon bravely began pursuing her lifelong goal of teaching, beginning with earning her high school diploma. In and amongst continuing her education she held her family together through a major crisis, at times working three or more jobs at a time. In 1995 she graduated from the University of Lethbridge with an Education degree, majoring in History and Art. So began a three year period spent searching for her first teaching job. A period which, in 1997, included her initial cancer diagnosis. Sharon began her career in Fox Lake, Alberta before moving on to North Tall Cree, Alberta. On November 11, 2000 she met Randy Gurtler. Sharon and Randy hit it off right away, and their romance was born. In 2002, while working on renovations for what would become her and Randy’s dream home, Sharon suffered a fall, which led to the X-ray that revealed the cancer had returned. Prior to the start of the 2002/2003 school year, Sharon was hired to be the lone teacher in a one room school at Breaking Point School, outside of Manning, Alberta. She loved her new environment and especially the children, and was devoted and passionate, remaining so for the entire 8 plus years she taught “her” kids. She had the partner, home, and job she always wanted. On November 11, 2010, ten years to the day of meeting, Sharon and Randy were married in the Deadwood Church. She went on to teach at Dixonville School, showing that same devotion and passion right up to the end of this past school year, which proved to be her last. While her disease at times caused her to be physically absent from class, her school, classroom, and students were never far from mind. In the years following her second diagnosis, Sharon travelled to Seattle, New York, and Chicago, attending major league baseball games in each city. She never let her disease limit or define her, fighting a very private battle. On the morning of Wednesday, July 16, 2014, Sharon passed away surrounded by family, on her deck, overlooking her dream. Sharon is survived by her husband Randy Gurtler, her children Marty, Troy (Amey), Trent (Amber), Kristy (Brian), and Curtis, grandchildren Isabelle, Haley, Luke, Leah, Abigail, and one more soon to arrive, sister Lynn Clark (Wayne) and brother Bill Frizzley (Jean), as well as numerous nieces and nephews. She was predeceased by her parents Joseph and Doreen Frizzley, nephew Mark, and by her very well cared for and beloved dog Luther.

One Condolence for “FRIZZLEY Sharon”