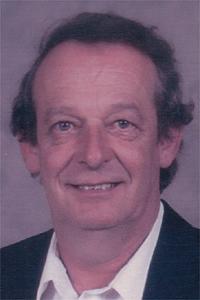 DONALD ALLEN WAYNE ROLLACK, born August 13, 1954. Passed away on Friday, July 18, 2014 after a short battle with cancer. Survived by loving wife Holly Morris. Survived by mother — Mary Insley, sister — Christine Rollack, children: Candi (Wayne) Beaton, Tracy (Rick) Rollack, Scooter (Kathie) Rollack, Patricia Dyck, Jaymie (Allan) Lamers, Lindsay (Johnson) Lingor, and grandchildren: Kyle, Cody, Cera, Nevaeh, Taylor, Austin, Makenzie and Denver. Predeceased by father, Valadimir Rollack. Donald has retired from Atco Gas after 33 years of service. He was a long-time member of The Royal Canadian Legion and was just recently awarded The Legionaire of the Year. He was also involved in the Army and Navy, for which he organized darts. Donald will forever be remembered for his love of gardening, flowers, playing darts, BBQ’s, family dinners, deals from Peavey Mart and his annual Christmas lights display that he so proudly added to every year. Family and friends are invited to a Celebration of Life get- together at THE ROYAL CANADIAN LEGION, 324 Mayor Magrath Drive South, Lethbridge, on Monday, July 21, 2014 at 2:00 p.m. In lieu of flowers, donations on Donald’s behalf may be made to the charity of one’s choice.