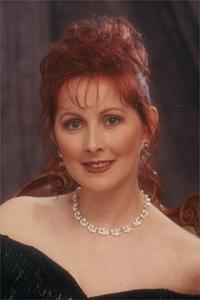 1967 ~ 2014
Shaela Goff of Red Deer passed away on July 19, 2014 at the age of 46 years. She was predeceased by her parents Glennda Ballin and Bruce Schweigert. Shaela was born in Lethbridge on September 15, 1967. She graduated from the Criminal Justice Corrections and Law Enforcement program, with honors, in May 1995. She began her career at the Lethbridge Correctional Centre in March 1995, and transferred to Red Deer in 2005 where she started work as a probation officer. She then went to her first love as correctional officer at the Red Deer Remand Centre until passing. Shaela loved her career and wore her uniform with pride. She dedicated her life to personal success in her field. Shaela is survived by her stepfather Henry Ballin, stepmother Carol Ann McLean; sisters Denice Schweigert (Sean Weigelt) and Renae Pocock (Wade Nicholson); nieces Makaila Pocock, Brooklynn and Jaylah Nicholson; a very special Aunt Lana Rutledge (Ron Larsen); uncle Rod Rutledge (Mary Jane). Shaela\’s larger than life independence was to be admired. Shaela would never turn her back on anyone in need. She rarely asked for anything in return. A Private family service will be held, and Shaela will be laid to rest beside her mother. Rest now, Sister. Your work here is done. Send condolences at www.mbfunerals.com.

Leave a Condolence for Renae