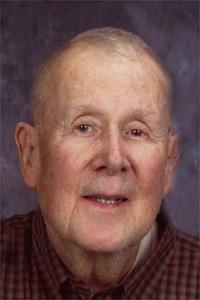 Aug 31, 1932- Jul 27, 2014
Mr. Robert Charlton, beloved husband of Malie Charlton, passed away on July 27, 2014, at the age of 81. Bob was born in Lethbridge to loving parents Robert and Margaret (Pearl) Charlton. He was raised in Fort Macleod and remained there his entire life, working at the family businesses, Charlton Motors and Charlton transport until his retirement. His life centered around his family, motorcycles and planes. He was a pilot, as well enjoyed building and flying intricate model airplanes. He also loved travelling to his favorite places, Hawaii and Nevada where he went as often as he could. He leaves to mourn his devoted wife of 30 years, Amalia (Malie), children Diane, Robert (Karen) and Leslie, 5 grandchildren( Sheena, Kayla, Amanda, Aaron and Andrew), 1 great-grandchild (Alexis), brother Brian, sister Marlene and niece Alexandra. Mass and Prayers will be held at 7:00 P.M. on Wednesday, July 30, 2014 at HOLY CROSS ROMAN CATHOLIC CHURCH, 2604 – 3rd Ave Fort Macleod, AB. A Memorial Service will be held at 11:00 A.M. on Thursday, July 31, 2014 at HOLY CROSS ROMAN CATHOLIC CHURCH, 2604 – 3rd Ave Fort Macleod, AB with Father Angelo D’Costa Officiating and Reverend Hugh Jack, Co-Officiating. Memorial Donations may be made to S.T.A.R.S, Box 570, 1441 Aviation Park, N.E., Lethbridge, AB, T2H 2L2.