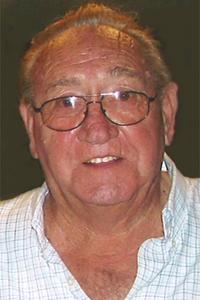 1933 ~ 2014
Tom, beloved husband of Mildred, passed away following a short battle with cancer on Friday, August 1, 2014 at the age of 80 years. Besides his loving wife Millie, he is survived by his sister Catherine Lynch of Calgary, brother John (Diana) Lowther of Lethbridge, nieces and nephews, and great nieces and nephews in Alberta and BC. He was predeceased by an infant daughter Loretta Marie, parents John and Mary, brothers Joseph, Mark, and William, and sister Martha. Tom was born September 16, 1933 in Lethbridge where he attended Westminster School until he went to live with his sister and family in Mystery Lake, Alberta; where he helped farm for 10 years. At the age of 21 he sold his horse and purchased train fare home to Lethbridge where he spent his remaining years. On August 11, 1958 he married the love of his life, Mildred Smith whom he spent 56 wonderful years with. He worked temporarily for the City of Lethbridge and then with Capitol Furniture for 37 years until ill health forced early retirement. Tom and Millie spent many years transporting brother John to all his hockey games and tournaments. He will be sadly missed by all his family. A Memorial Service will be held at 11:00am on Thursday, August 7, 2014 at MARTIN BROTHERS RIVERVIEW CHAPEL, 610 4th Street South, Lethbridge with Canon James Robinson, officiating. In lieu of flowers, memorial donations in Tom\’s name can be made to a charity of one\’s choice. Send condolences at www.mbfunerals.com.