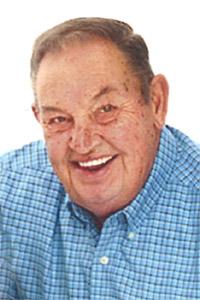 HAROLD SILBERNAGEL, beloved husband of Myrtle Silbernagel, of Lethbridge, passed away at the Chinook Regional Hospital on Monday, August 4, 2014 at the age of 73 years. Harold is survived by his loving wife, Myrtle of 52 years, son Dennis (Lori) and granddaughter Stephanie. He is predeceased by his son Dale Vincent in November of 1999, brothers Harvey in 1953 and Doug in 2010, father in 1959, step-father in 1993 and mother in 2010. After Harold’s father died, Harold left his mechanic apprentice job to become the man of the family, returning home to take over the farming operation with his mother. After his marriage, he moved to Calgary and worked for Otis Elevator and moved to Lethbridge as the local rep in 1978. He was highly respected in the elevator trade and made many contributions to improving the trade and union benefits. Harold’s career in the elevator industry lasted for 35 years when he retired in 1997. Harold was always a loving and dedicated husband and father with strong principles and a kind heart. He was always ready and willing to help anyone. He spent several years in the thoroughbred racing industry, being the organizer and first president of ACTRA. A Prayer Service will be held at CORNERSTONE FUNERAL HOME, 2800 Mayor Magrath Drive South, Lethbridge on Friday, August 8, 2014 at 7:00 P.M. with Deacon Frank Peta officiating. A Memorial Mass will be celebrated at OUR LADY OF THE ASSUMPTION CATHOLIC CHURCH, 2405 – 12 Avenue South, Lethbridge on Saturday, August 9, 2014 at 10:00 A.M. with Father Nathan Siray, Celebrant. In lieu of flowers, donations would be appreciated in Harold’s name to a charity of your choice.