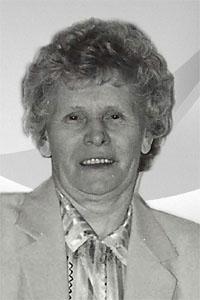 It is with great sadness that we announce the passing of our mother BARBARA BUTKIEWICZ, of Lethbridge, Alberta. She passed away on Thursday, August 7, 2014 at the age of 74. Barbara came to Canada in 1967 to Tilley, Alberta. She was married for 23 years then moved to Lethbridge in 1990. Barbara is survived by her three children; Irene (Steve, Mika, Annika), Joe and John (Wendy, Scott, Rebecca, Maisy, Tytus). A Memorial Service will be held at CORNERSTONE FUNERAL HOME, 2800 – Mayor Magrath Drive South on Monday, August 11th, 2014 at 11:00 A.M., with Father Anton Ciobanu officiating.

One Condolence for “BUTKIEWICZ Barbara”