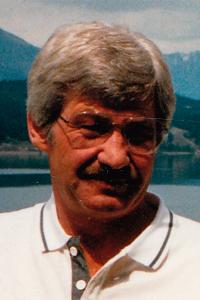 GARY LEROY HARRIS, loving husband of Evelyn Spears, passed away peacefully at home in Lake Havasu, Arizona, on Friday, August 8, 2014. Gary was born July 28, 1941 to Ivan and Maude Harris. He is survived by his wife Evelyn, his children: Rhonda (Steven) Lynch, Dana (Dean) Miller, Shaun Gary Harris and their mother Wendy, and stepson Greg (Evelyn) Wood. He is also survived by his grandchildren: Tyler, Brittany, Kristopher, Alexandera (Lexi), Brianna and Tanner. Gary is also survived by his second wife Diane Hastie and children: Jackie, Gary and Christopher, and their families. Gary is also survived by brother Bernarr (Inez) Harris of Taber, sister, NaVee (Curtis) Wynder of Provo, Utah, sister-in-law Betty Harris of Taber, as well as numerous nieces and nephews. Gary was predeceased by his parents Ivan and Maude Harris, sister Joyce Palmer, and brother Garth Harris. After serving a mission in France, Gary went to school in Utah. It was there that Gary had a passion for flying and got his pilot’s licence. He began his flying career with TWA Airlines, then Viking Freightlines of San Jose, California, and finally an International Flightsafety Instructor in Tuscon, Arizona. A Graveside Service will be held at 2:00 p.m. on Saturday, August 16, 2014 at TABER MEMORIAL GARDENS, Taber, AB.