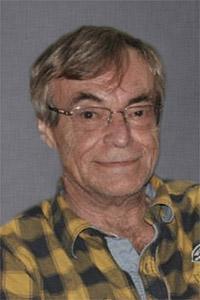 JOHN RICHARD PENNIFOLD, beloved husband of Shelley Pennifold, passed away at the Chinook Regional Hospital on Tuesday, August 26, 2014 at the age of 65 years. He is survived by his loving wife, Shelley, and four precious daughters: Karen (Tom), Alison (Mike), Kim (Jeremy) and Becky (Jason). Grandchildren: Gabby, Lexi, Aisleigh, Kingston, Hudson and Aubrey. He is also survived by his sister Susan (Brian) and numerous nieces and nephews. He was predeceased by his father (Richard), mother (Gladys) of Nanton, Alberta and grandson, Harley (Lethbridge). John had an affinity for landscaping, woodworking, crafts and puzzles. He further enjoyed golfing, curling, horse shoes and spending time with family and friends. One of John\’s milestones in life and proudest accomplishment recognized by family and friends was achieving sobriety. He will be sorely missed and remembered by many. We love you so, so much that we\’ll never ever forget you! (Hudson et al). A Celebration of John\’s Life will take place at a later date. Tributes in lieu of flowers can be made to the Alcoholics Anonymous Society and/or the Canadian Cancer Society – 200, 325 Manning Road NE, Calgary, Alberta, T2E 2P5.