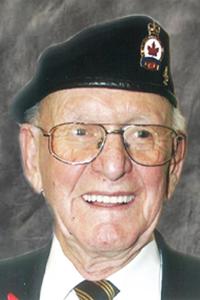 JOSEPH "GIL" POIRIER, beloved husband of Myrna Poirier of Lethbridge, passed away at the Chinook Regional Hospital on Monday, August 25, 2014 at the age of 82 years. Besides his loving wife, Gil is survived by his daughter Michele (John) Tavernini of Edmonton, AB, son Mark Poirier of Edmonton, AB, as well as two grandchildren, Jennifer and Scott Tavernini. He is also survived by his nieces, nephews, brothers-in-law Raoul, Dale, Bryce and Byron and sisters-in-law Verda, Wilma, Nola, Peggy, Estelle, Louise, Vera and Netta. Gil is predeceased by his first wife Ricky, brother Bob and sister Gaetane. Gil was born on August 9, 1932 in Montreal, Quebec. He spent some of his career with the United Nations, the post office, as an owner/operator trucker and at Palm Dairies. Following his retirement, Gil spent many hours as a Drum Major with the Legion Pipe Band. He was a life member of the Royal Canadian Legion and he had great prowess in driving. A Memorial Reception will be held at The ROYAL CANADIAN LEGION, 324 Mayor Magrath Drive South, Lethbridge, AB on Thursday, August 28, 2014 from 3:00 P.M. to 5:00 P.M. Please use the North Entrance. A Private Family Graveside will precede the reception at Mountain View Cemetery. In memory of Gil, donations may be made to the Royal Canadian Legion, 324 Mayor Magrath Drive South, Lethbridge, AB, T1J 3L7

One Condolence for “POIRIER Joseph”