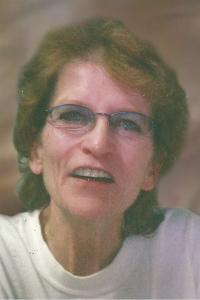 RUTH CLARY, of Lethbridge, passed away at the Chinook Regional Hospital on Sunday, September 14, 2014 at the age of 67 years. Ruth is the loving mother of Kelly Rayne and Paula Reed (Peter Kelly) of Lethbridge. She is also survived by five grandchildren, Michael O’Neil, Cody and Jordan Reed, Levi Stoyles and Chance Rayne, two great grandchildren, Lucius and Syliss Reed, one sister, Jean (Buck) Warren as well as numerous nieces and nephews. She was predeceased by her parents Richard and Julia, one brother John, one sister Aleeyta and an infant brother Leslie. Ruth was born September 16, 1946 in Islay, AB where her parents homesteaded. Her early schooling was in Rocky Mountain House, where her parents farmed and taught school. She completed her schooling in Pincher Creek. Ruth met Paul Clary and they were married in 1967. They then moved to Edmonton. Ruth later moved to Lethbridge and lived there and in Pincher Creek for the next 30 years. Ruth was a caregiver in heart and soul. She was a loyal friend to many and loved to cook and entertain. Ruth loved music and had a beautiful voice and could play the guitar. She will be sadly missed by her family and friends. A Funeral Service will be held at CORNERSTONE FUNERAL HOME, 2800 Mayor Magrath Drive South, Lethbridge on Tuesday, September 23, 2014 at 2:00 P.M. with Reverend Terry Shillington officiating. Cremation to follow. In memory of Ruth, donations may be made to Lethbridge Family Services Counseling Department, 1107 – 2A Avenue North, Lethbridge, AB, T1H 0E6

One Condolence for “CLARY Ruth”

Leave a Condolence for John Oliver