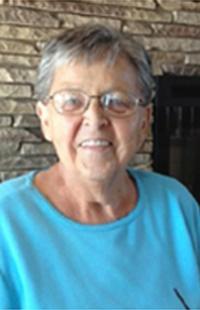 IRENE DOROTHY PENDER, beloved wife of the late David Hugh, passed away peacefully after a brief illness, on Monday, September 29, 2014 at the age of 83 years. Irene was born in Gull Lake, SK, raised and schooled in Medicine Hat where she met and married Hugh, eventually moving to Lethbridge. Following Hugh’s untimely death in 1970, Irene honourably raised her three sons. After Hugh’s passing she returned to work at AGT until her retirement. Her greatest joy was spending time with her family. She will be loved and missed by all. She is lovingly remembered by her three sons: Lee, Greg (Cindy), Gordon (Carla); grandchildren: Stephanie (David) Eliuk, Matthew, Bryce (Krista), Shanelle, David, Thomas, Joshua; great grandchildren Sydney and Henry Eliuk, one brother Dale (Jan) Simpson, and one sister Doris Oughton. A Private Family Graveside Service will be held at a later date. The family would like to thank the doctors and staff at CRH and in particular, Dr. Morley Wong, for the attentive care over the years. In lieu of flowers, donations may be made to the Kidney Foundation of Canada, #408, 740-4 Avenue South, Lethbridge, AB T1J 0N9.mbfunerals.com.