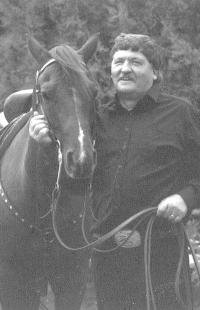 1945 ~ 2014
Herman Kastner, 69, passed away on Monday, October 13, 2014 following his lengthy illness. Born February 10, 1945 in Marktredwitz, Bavaria, Germany, he immigrated to Canada with his family in 1957 where they settled in Coaldale. After apprenticing at Kustom Autobody, Herman decided to follow his own path learning the upholstery trade and starting his own business in 1972, Herman’s Upholstery. After several years he expanded into flooring and his thriving business eventually became today’s Herman’s Carpets. After 40 years, Herman decided it was time to retire. Herman had a passion for horses his entire life. He raised and trained cutting horses and eventually became Canadian Amateur Champion with his horse, Sam. He loved playing golf and tennis with his many friends. He was also a passionate follower of the Calgary Stampeders and Bayern Munich soccer team. He leaves behind his beloved wife of 49 years, Marlene Kastner; his two sons Darryl and Kevin; four grandchildren Braedan, Matthew, Marco and Mattea; sister Elke; and many close friends. He was predeceased by his father Hermann, mother Frieda and brother Uwe. Herman will be deeply missed by his family and friends. A Memorial Service will be held at 11:00am on Monday, October 20, 2014 at MARTIN BROTHERS RIVERVIEW CHAPEL, 610-4 St. S., Lethbridge, AB, with Pastor Harold Cooper, officiating. Flowers are gratefully declined. Those who wish, memorial donations may be made to Jack Ady Cancer Centre, 1A 129, 960 — 19 St. S., Lethbridge, AB, T1J 1W5. Send condolences at www.mbfunerals.com.