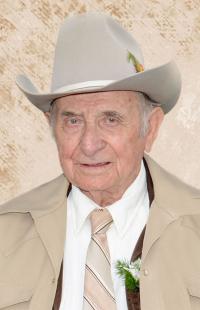 1918-2014
HENRY KNOCH, passed away at the Chinook Regional Hospital on Tuesday, October 14, 2014 at the age of 96 years. Henry was born March 2nd, 1918 in Akron, Ohio to John and Margaret Knoch. He went to Hungary in 1920, then came back to Canada in 1927. Henry then moved to the Kipp area in 1929 and then farmed the Monarch area in 1947. After farming ended, Henry lived in Lethbridge for 21 years. He married Kathleen Losz on November 5th, 1940 and was happily wed until Kathleen\’s passing in May of 1990. Together they had 5 children: Margaret Fellger, Sonny Knoch, Gordon Knoch, Richard Knoch & Diane Blair. Henry was also survived by 13 grandchildren, 14 great-grandchildren and 2 great-great-grandchildren. Henry enjoyed camping through the years and travelled a lot between Alberta and Ontario. He worked at Atlas Steel, but did not like shift work. Henry was a member of the Hungarian Club and the Miner\’s Club. He enjoyed going to the Prairie Tractor Club in Picture Butte for many years, he only missed 2 years. Henry also looked forward to getting his hair cut at Don\’s Barber Shop in Fort Macleod every 3 months. Henry was a client of Don\’s for at least 38 years, he was proud that his picture was on the wall at Don\’s Barber Shop. At the age of 94 Don gave him a free haircut, Henry said \”what, you don\’t think I\’ll be here at 95 years?\” A private Graveside Service took place, no formal funeral service will be held at Henry\’s request.