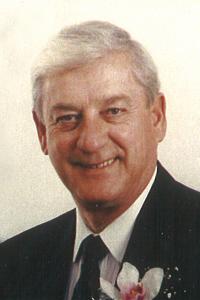 1934 ~ 2014
Psalm 118 vs 18
The Lord hath chastened me sore: but He hath not given me over unto death.
It is with deep sadness that we announce the peaceful passing of our dear husband, father, grandfather and great grandfather, Cornelius Adriaan Grisnich at home on October 21, 2014 at the age of 80 years. He is survived by his loving wife, Gery and by his children Nellie (Tony) Kreft, Joan (Dale) Sullivan, Joanne (Frank) Brilman, Matthew (Corina) Grisnich and Ruth (Barry) Aleman. He was a dear Opa to 17 grandchildren and 13 great grandchildren. He was born on March 28, 1934 in Hoofdorp, the Netherlands, the youngest of 12 children born to Reyer and Gerarda Grisnich. He immigrated with his family in 1948 and worked on the family farm until he married Geertruida Heerschap in November 1956. He enjoyed his work as a salesman up until his retirement. He is also survived by his brother Gijs (Anneke) Grisnich and his sisters, Grie VanderVeen of Emmeloord, Marie (Joe) Van Zweden of Iowa, Johanna Vossebelt, Grada Leeuwenburgh, and Ann (John) VandenBrink. His sister-in-laws, Coby, Ali and Christina. Numerous nieces, nephews and their families. He was predeceased by his oldest brother, Willem in Holland and his sister and brother-in-law Ali and Case Barendregt. His brothers, George, Ray and John. Brothers-in-law, Henk VanderVeen, Willem Vossebelt and Theo Leeuwenburgh. We wish to thank all his doctors and caregivers for their compassionate and loving care for our dad over the years. Condolences will be held from 7:00 PM – 8:30 PM on Friday, October 24, 2014 at MARTIN BROTHERS RIVERVIEW CHAPEL, 610-4 St. S., Lethbridge, AB. A Funeral Service will be held at 1:30pm on Monday, October 21, 2014 at NETHERLANDS REFORMED CONGREGATION OF PICTURE BUTTE, 601 3 A St. S., T1K 1V0, with Rev. P.L. Bazen officiating. Flowers are gratefully declined; those who wish may donate to the Chinook Regional Hospital, 960 19 St. S, Lethbridge, AB, T1J 1W5. Send condolences at www.mbfunerals.com.

One Condolence for “GRISNICH Cornelius”

Leave a Condolence for Chris and Judy Den Hertog