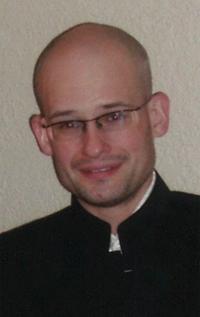 1968 ~ 2014
Mr. Darren Engstrom passed away in the Surrey Memorial Hospital on October 27, 2014 at the age of 45 years. Darren was born in Lethbridge, AB on November 24, 1968. He attained his education at Lakeview Elementary and LCI. At LCI, he sang in the jazz choir. He spent a year at the New Hope Bible College, where he was baptized. Following his graduation from the University of +Lethbridge with a Bachelor of Management degree, he left in July 1994 for Hong Kong, where he taught English before moving to Bangkok, Thailand in 2004 to teach English. He returned to Canada in 2012, and was working in B.C where he was living with his Aunt Irene Teerling. He was predeceased by his Grandparents, Cousin Lee Rix, Uncles Nestor Procyshen & John Teerling. Darren will be remembered by his parents, Carl & Ruth Engstrom, his brother Warren of Calgary, and his extended families. A Celebration of Life will be held at 1:00 PM on Saturday, November 8, 2014 at MARTIN BROTHERS RIVERVIEW CHAPEL, 610-4 St. S., Lethbridge, AB. Send condolences at www.mbfunerals.com.