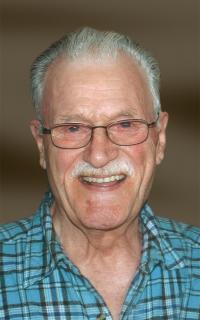 HERBERT RONALD DAVIES, beloved husband of the late Elsie Davies of Stavely, passed away at the Pincher Creek Hospital, on Sunday, November 9th, 2014 at the age of 81 years. He is survived by his son Jim (Cathy) Davies of Lethbridge, AB, daughter Carole (Dave) Sekella of Willow Valley, AB, grandchildren; Alissa, Kyle, Caitlin, Matthew as well as siblings Eric, Phyllis, Margaret, Tony, Ken & Susan. Ron is also survived by numerous nieces and nephews. Ron was predeceased by his wife Elsie, brother Gerald and sister Brenda, as well as parents Herbert and Amy Davies. At Ron\’s request, a private family memorial service will be held.